How do you find a modernized way to emotionally connect with your favorite artist through AR?
We created the world’s first Snapchat lens music video, a multicultural kaleidoscope of diversity and self-expression.

Lowering the threshold.
The now-classic Snapchat Lenses are beloved by millions of users since their release in 2015. Used for still photos and short videos of a few seconds, featuring, for example, a dog filter and users puking a rainbow, the Lenses are now iconic on the Internet.

As a preferred global Lens Studio partner of Snapchat, BBDO NY came to us with the client collaboration of artist Major Lazer and Bacardi rum with a clear challenge. How do we create a modern way to lower the threshold of interacting with your favorite artist, and show the possibilities of the Snapchat platform? 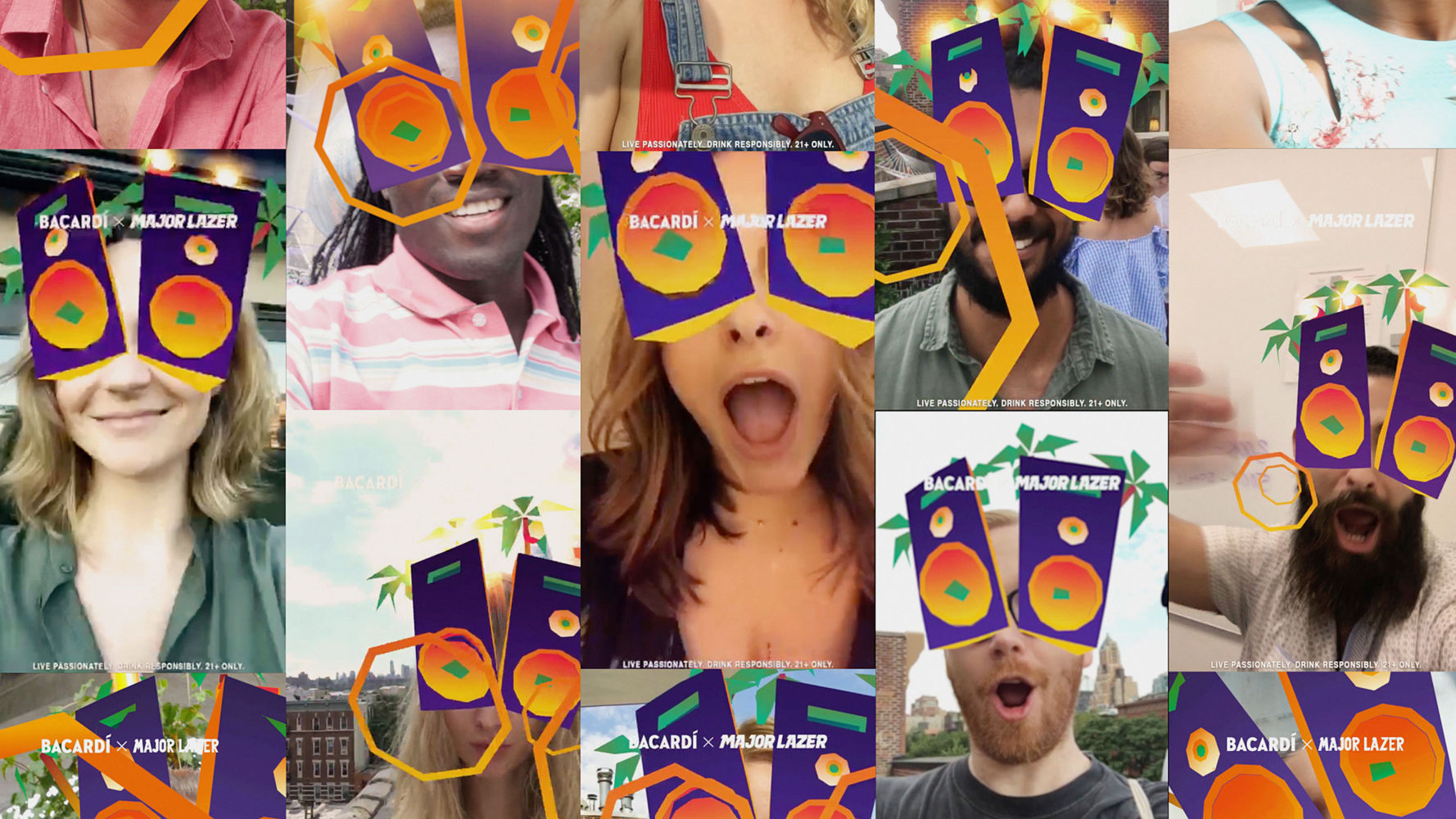 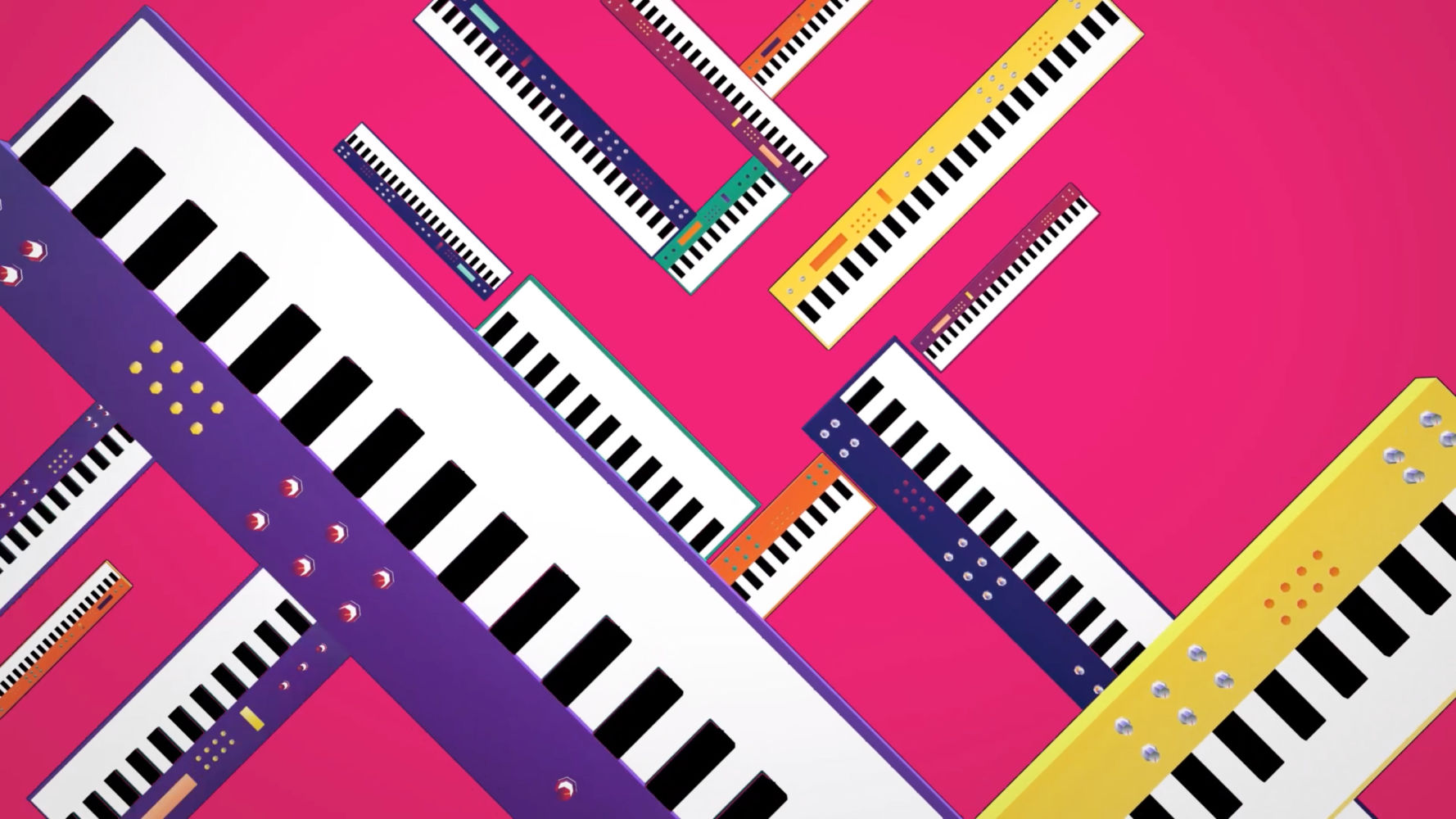 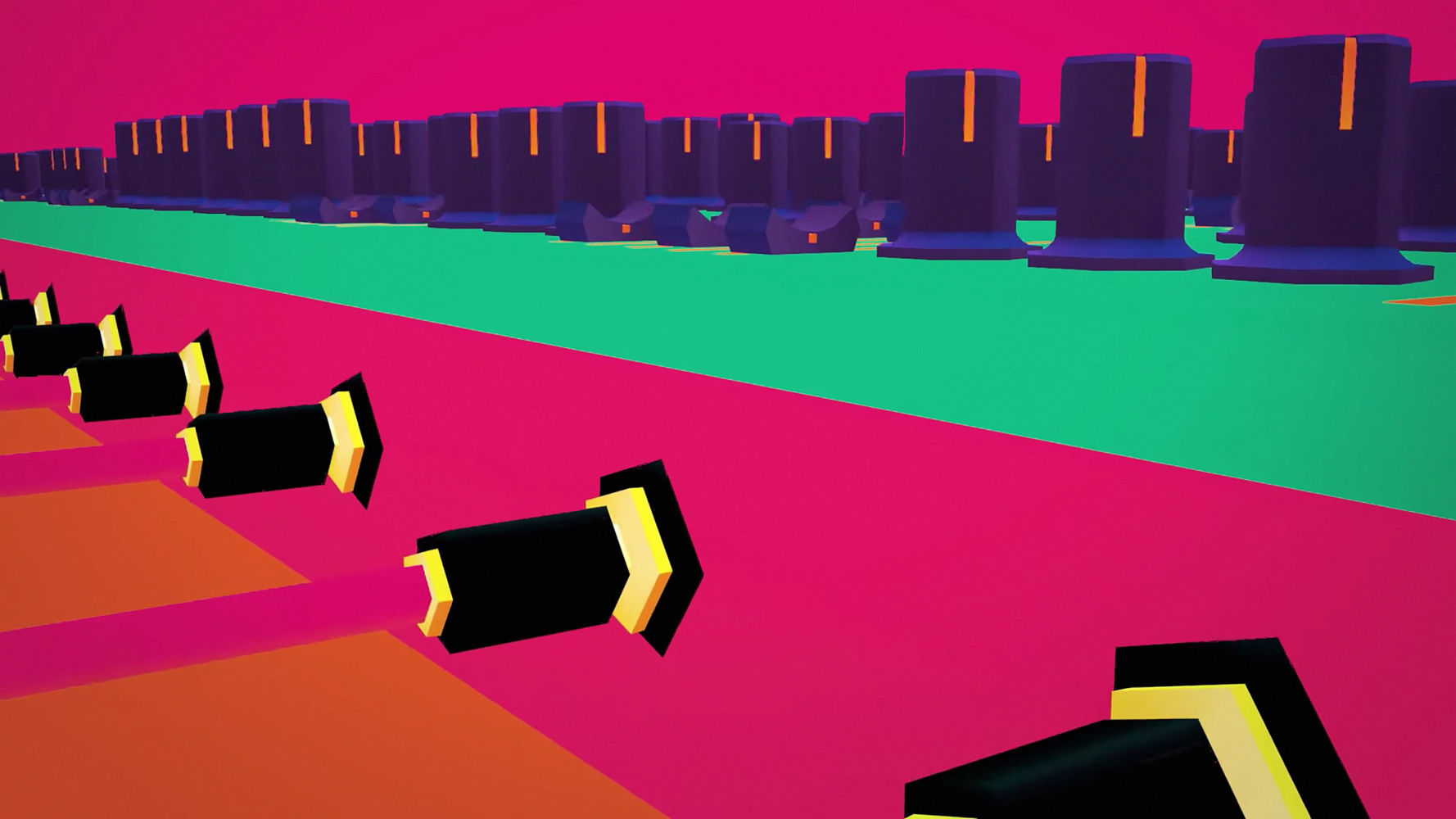 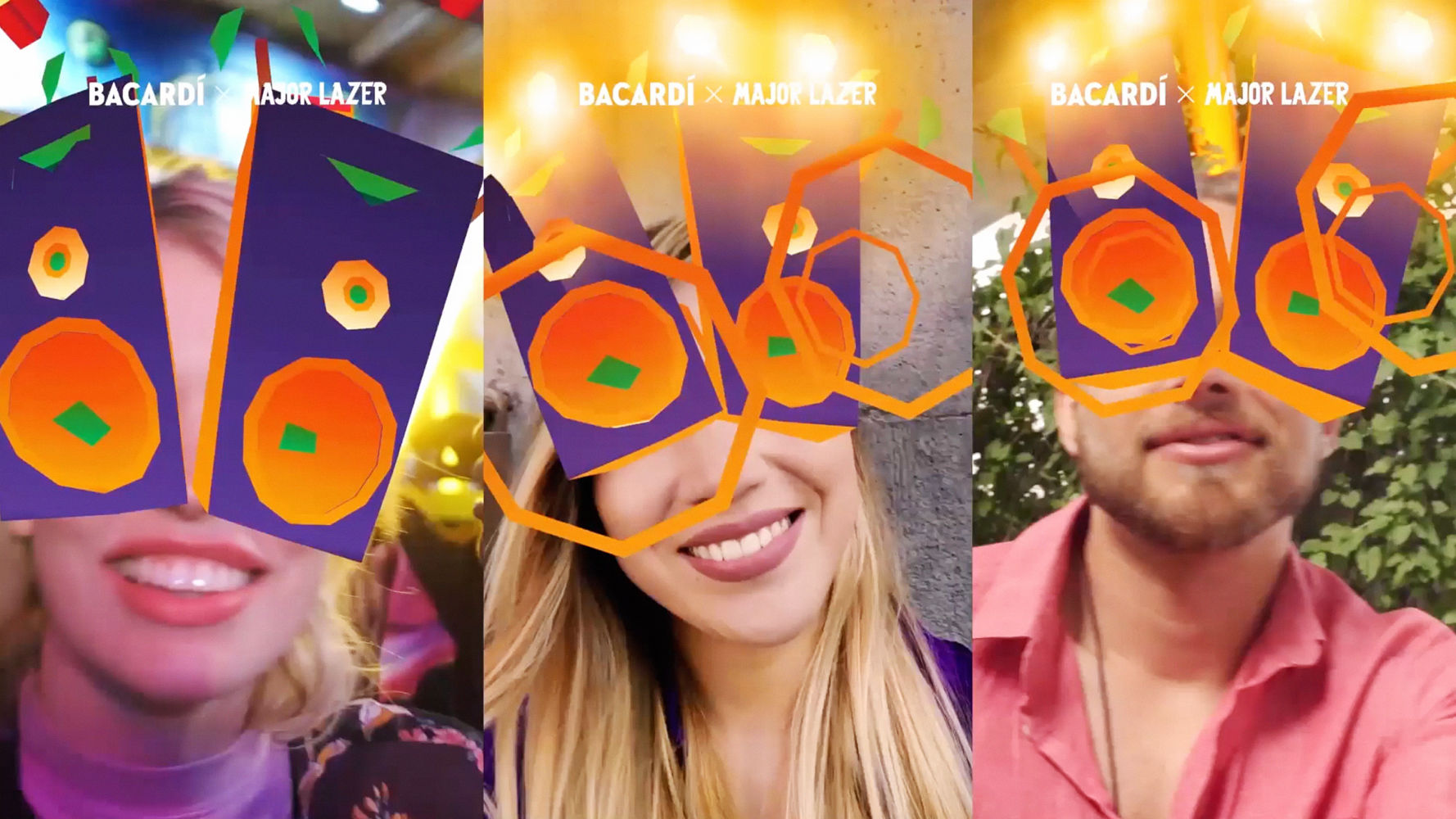 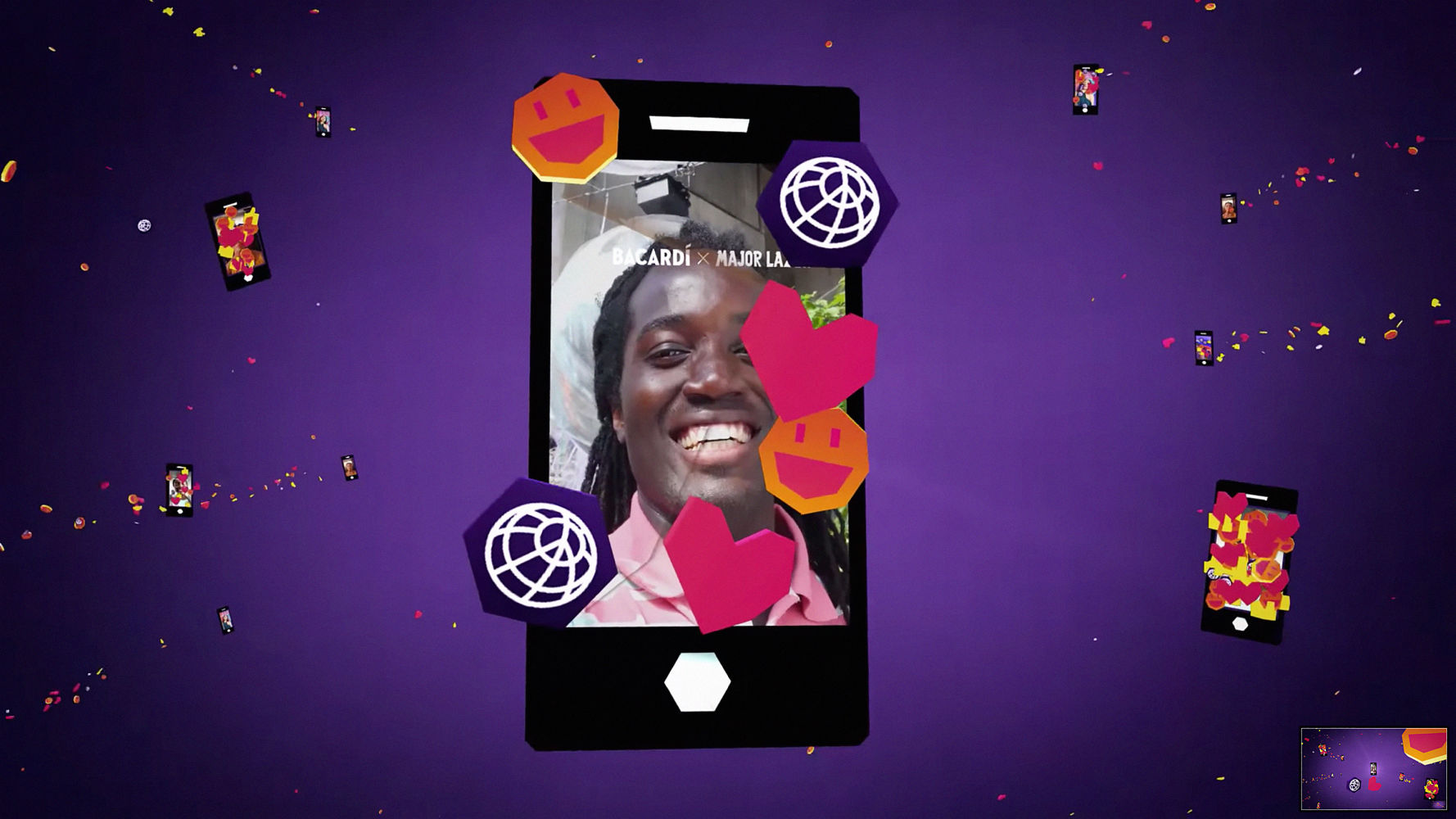 Our vision was to transform the way users interact with Snapchat filters into a music video format, expanding from a few seconds to several minutes. Our mission was to find a way to tell a compelling narrative and promote Major Lazer’s new tune, by using two Snapchat lenses, each 30 seconds long.

In this, we found ourselves in unknown territory. Up until that point Augmented Reality lenses and face filters had mainly been used to convey one core action, for example transforming you into a dog or changing the sound of your voice. Now our mission was to leverage this experience through adding a storyline, extending the length of the standard lens from 10 to 30 seconds - while still keeping the attention of the user.

To find our narrative, we worked closely together with the client, where we decided to use a traditional three act-structure to create the story - exposition, confrontation, and resolution. In the filter, we used elements of synthesizers, headphones and giant speakers covering the eyes - fully immersing the user into the world of the Snapchat Lens. We quickly realized that we weren’t making a music video for the user or about the user, but rather a music video featuring you - the fans of the artist.

“It almost felt like people were addicted to the filter trying to figure out ways to play with it." Ned Duggan, VP and Brand Managing Director at BACARDI

In the end, we created the world’s first Snapchat lens music video, via user-generated content.
It became a multicultural kaleidoscope of diversity and self-expression and ended up becoming a modernized way to emotionally connect with your favorite artists. Over 18 million people joined the party, enjoying Major Lazer’s new tune 'Step to The Front of the Line.' It amassed a total of 42 million views in just 24 hours - which is equal to 29 years.

With the challenge of extending the length of the Lens and still keep the attention of the user - we succeeded as well. Of the 30 second video, the average play time was 22.49 seconds. The project was awarded at Cannes Lions and the Webby Awards and was highlighted in industry outlets such as Adweek, The Drum, and AdAge.